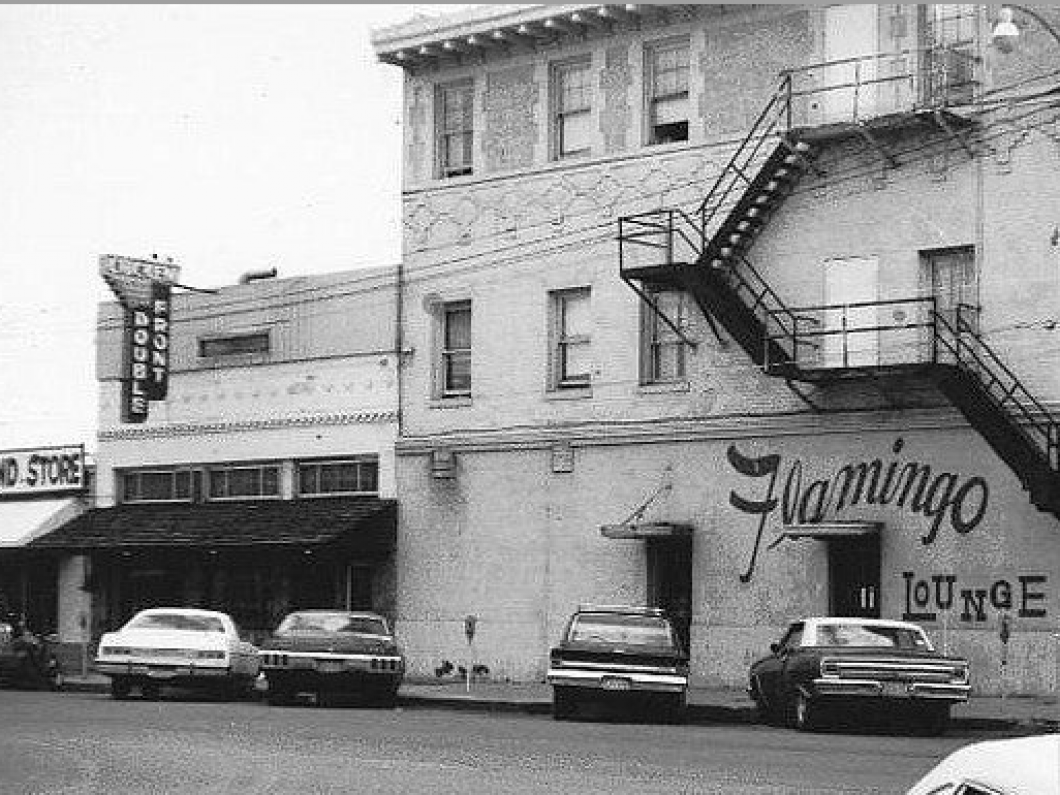 The Double Front was built in 1909, with no alley or back door and so was properly named with a front door at 122 Alder St. and another at 121 Railroad St. In the early years between 1909 and 1920, the building was used mostly as a pool hall.

After 1920, during prohibition days, the building became a residence and rumor has it some bootlegging may have occurred. In 1934 and 1935 when beer and wine became legal again, the residence changed to a bar and was owned by the Mangan family. It was that year that chicken was first served at the Double Front.

Managers over the years included Elmer Shea in 1948 and George Austin in 1952. After an auto accident which took Mr. Austin's life in 1959, the Double Front was run by the estate until 1961, at which time the Herndon family bought the cafe and started remodeling the building. Although big changes in appearance have taken place over the years, the quality of our chicken has remained the same. All chicken is cooked to order, and it's always fresh, never frozen...because the best takes a little longer just as it did in 1935!